BANDEX is a reality. It exists and it’s operating properly and adequately to fulfill the purpose for which it was created

Santo Domingo, DR. With the presence of the President of the Dominican Republic, Danilo Medina, and the Minister of Finance, Donald Guerrero Ortiz, the National Exports Bank (BANDEX) was officially presented to the country highlighting the government’s commitment to the creation and development of this financial entity as an active policy instrument to enhance exports.

Guerrero Ortiz, who is the president of the entity’s Administration Board, informed that until May this year, the government had already delivered RD$1,200 million (US$25.2 million) to fund the bank. Thus complying with what is established in Law No.126-15, which created BANDEX.

He added that the Ministry of Finance is working alongside the Monetary and Financial Authority and BANDEX in elaborating the bank’s “Rules about Mechanisms and Financing” in order to meet what has been established regarding its funding.

Guarocuya Félix: the Bank is available

The CEO of the National Exports Bank (BANDEX), Guarocuya Félix, explained that after a year working in the process of transformation mandated by the law that created BANDEX, it is time to announce that the Bank is operational and available to support the country’s export capacity by offering financial services in order to contribute with the development and well–being of Dominican society.

He revealed that at this time BANDEX has RD$1,355 million (US$28.5 million) ready for loans, not including the credit line of 2 million dollars already approved to a leading exporting company of the Dominican Republic. Currently, the bank is handling credit applications over US$10 million, which show the interest and confidence the financial entity is awakening. At the same time, he indicated, the entity is complying with reserve requirements since last May.

“I want to thank President Medina for his commitment. Even though this has being a project truly desired by the private sector, from a public policy point of view, having an exports bank has being a strong wager by President Medina, and it is a reality today” Félix said.

Guarocuya Félix outlined the challenges that have been drawn in BANDEX’s five year Strategic Plan in order to transform it into a bank that thinks globally and one that operates fundamentally, in foreign currency because its clients are those who generate them. Therefore, it will focus on reducing costs and facilitating mechanisms for international transactions and commerce.

He explained that they will work on developing an exports credit insurance with the support of the Compañía Española de Seguros de Créditos a la Exportación (CESCE for its acronym in Spanish), one of the world’s leading companies in this area, to which BANDEX is grateful for its receptivity towards the Bank.

The fourth strategic axes leads BANDEX to operate at certain moments as an EXIM-Bank, with the possibility to offer direct financing to third parties in order to acquire the exportable supply of the Dominican Republic.

Félix maintained that the financial entity arrives to support the whole production chain including financing actors already in the export companies’ ecosystem.

“We are going to be one of the top ten Banks of this type worldwide, considering that the universe of exports banks universe is a lot smaller than the universe of multiple banks in the world”, he said in order to explain that they are submitting an application to be part of the Berne Union, the network of the main export banks in the world, and within it, to join the Prague Club, a group of countries with relatively lower level of development in order to go through a learning process.

The CEO of BANDEX informed that at the internal level they have moved forward in everything related to corporate governance including the Bank’s operating manuals as they are already subject to increasingly stronger and narrower regulatory standards under the Monetary and Financial Authority and international best practices.

As an exports bank, BANDEX has already a products catalog only pending to be validated by the regulatory organisms.

In his view, this was not the proper stage to further explain the details, but he emphasized that anyone who is interested in either making an investment or is looking for financing, may apply for a Comex, a Cadex, a Flex, a participation in a Proyex or a Special. This catalog also includes long-term certificates of deposit, savings accounts, the operational Opex account, and other products for exporters and investors.

Mrs. María José Naranjo, on behalf of the Banco de Desarrollo Empresarial y Comercio Exterior de Colombia (BANCOLDEX, Colombia’s Exim-Bank), explained during her intervention the lines of work currently being developed with BANDEX, including the signing of an agreement to facilitate financial instruments in favor of exporting activities in both countries. 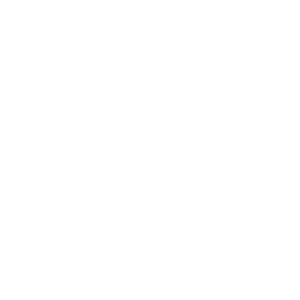